How To Be An Authentic Leader In Times Of Crisis 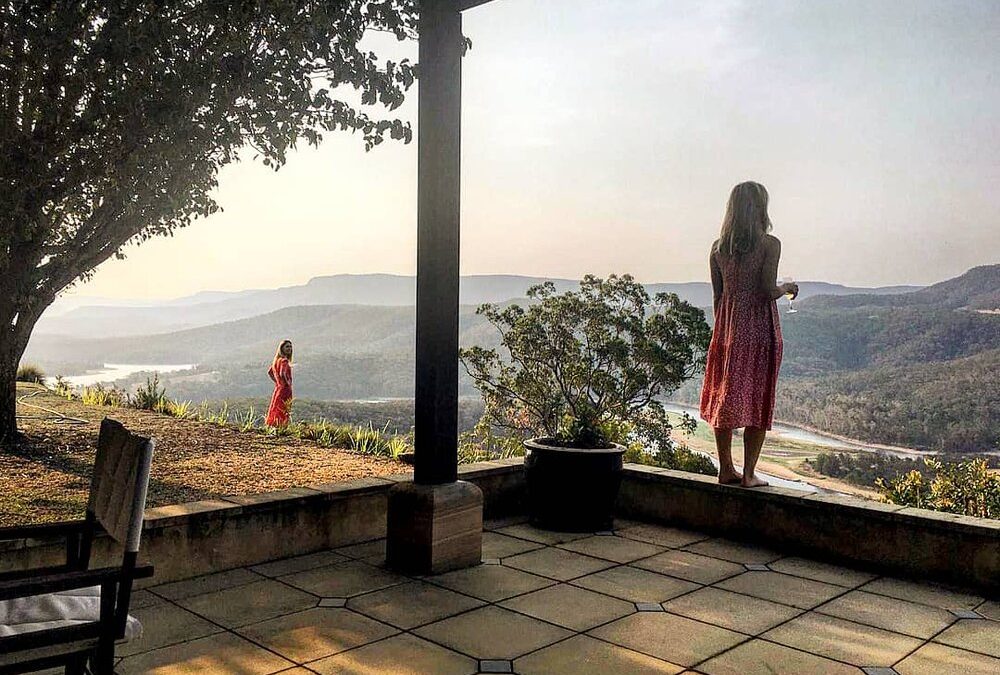 Finding and expressing your form of leadership is what matters.

Six years ago my parents retired to Kangaroo Valley, a luscious wilderness two hours southwest of Sydney. The home they found was their own Shangri-La, nestled in the bushland amongst an array of wildlife so abundant it felt like we were guests in their world, rather than the other way around. Whenever I visited from New York, I would wake to a symphony of birdsong — magpies and parrots and mischievous lyrebirds that would mimic the sounds they heard around them.

Throughout the day the parrots would hang out at my parent’s bird feeders. We would have drinks with them on the deck every evening. Wallabies and kangaroos hopped about the surrounding wilderness. Wombats chilled in their hollows and came out at dusk to feed and socialize. My parent’s created trails that zigzagged through the bush — “bushwalks” as we call them in Australia. I loved following these lost tunnels into the unknown. It was the most amazing feeling; a reminder that the world does not revolve around me or even humans for that matter, that we are a part of a bigger system. It made me feel at ease and at peace.

We knew the bushfires were close this past Christmas. The official report said the closest was 25 kilometers away. That’s about 15 miles. But the wind was blowing the opposite direction. It seemed our home was safe.

We packed up a few special belongings and then retreated to Sydney and went on holiday. But my parents were so anxious. We tracked the news every day. We got constant updates from a friend who had stayed in Kangaroo Valley. We learned that the wind direction had changed. The massive blaze south of us had turned. The day we flew back to Sydney we knew our home was in danger we just didn’t know how much. The following day we waited anxiously as one of my parents’ friends was able to bushwack through our property avoiding smoldering trees and downed power lines. He called my parents.

Australians know fire. It’s a part of life in the bush. But this was different. Our entire property, and the valley around it, was scorched to ash and bone and the rubble of stone that was once our home. I had never seen my Mom so emotional, in so much pain. She’s lost both of her parents. She’s dealt with illness. But somehow this was different. Seeing so much loss — the wildlife, the vegetation, our family heirlooms and childhood memories — it was as if the whole world had vanished and it made her devastation complete. She was gutted. We all were.

The amazing thing about humanity, however, is that out of crisis comes incredible resilience, compassion, and community. Anybody who was in New York after 9/11 surely remembers the sense of warmth in the city, the sense of shared bond and resolve. In a crisis these essential parts of you as a human being light up and come alive. Your worldview narrows down to its most critical components. Saving whatever there is to be saved. Lending a hand to those in need. Helping to minimize the sadness and loss and rebuild however you can. We started a campaign to raise funds for the Australian Salvation Army. Our special community of family and friends that spans the globe has raised 100,000 Australian dollars in just a few weeks.

Nobody wants to live in crisis all of the time. But when we do confront crisis, it’s important to remember that we can all be leaders in our own way. Sure, some of us might assume very visible roles. The firefighters. The first responders. Others might say, You know what, my form of leadership is quietly putting food down for the animals. My parents keep driving back and forth from Sydney every few days to lay hay for any kangaroos that might have survived. They dug down into the ground and placed a bin of water for the birds, in case they were in search of reprieve. On these days, this quiet gesture is their form of leadership.

As a leadership coach, I often see people in times of crisis struggle with the feeling that they’re not doing enough. They’re not setting up a charitable organization. They’re not protesting the government’s response. They’re not holding a megaphone in front of a crowd. And I say, “That’s okay, not everyone has to do that. What can you do? How do you want to step up for yourself and do what you can for your community?”

Leadership in times of crisis is not a competition. This is true whether you’re at work, at home, or in the midst of an extraordinary natural disaster. It’s about working together to make things better. It’s about managing our complex emotions around a traumatic and raw subject to find the best way that we can make a difference.

Getting on the plane to come back to New York was one of the hardest things I’ve ever done. I didn’t want to leave my home and my family. For a week or so after seeing the devastation I would wake up every morning with a gasp as pictures of dead animals and burnt trees raced through my mind and I would realize it wasn’t a dream. But arriving here has reminded me that life will return to normal. The bush will come back. The fires will subside. The birdsong will return. And we all have a leadership role to play in that process of renewal.

Amelia Kruse is a Certified Leadership Coach based in New York City.